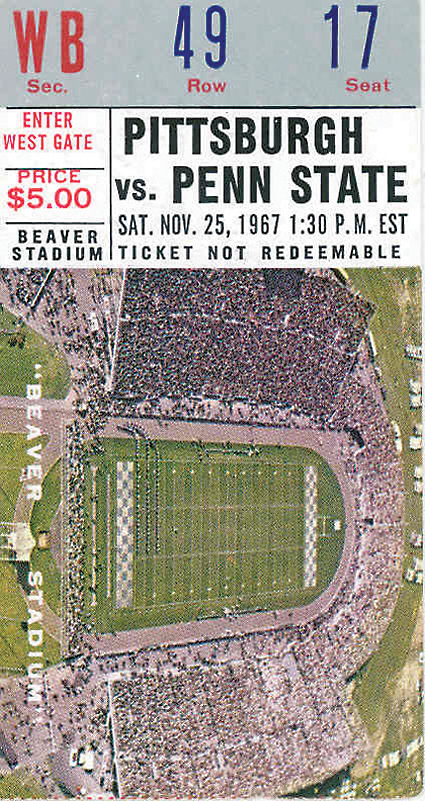 We’ll leave the merits of whether or not this remains a true rivalry game for another time, though we got a chuckle out of uncovering this image of a Penn State-Pitt ticket from the 1967 game at Beaver Stadium.

Five bucks got you a seat. Even adjusting for inflation, that was below the current market rate. We also wouldn’t mind seeing those end zone graphics return, though we’ll leave that decision to the experts who ensure Beaver Stadium’s field is the best in the nation.

One thought on “Hot Ticket”