It was one of those Twitter moments that even folks who spend a lot of time on Twitter might have missed, a brief conversation between two guys 20-some years apart, but with more than a little in common. 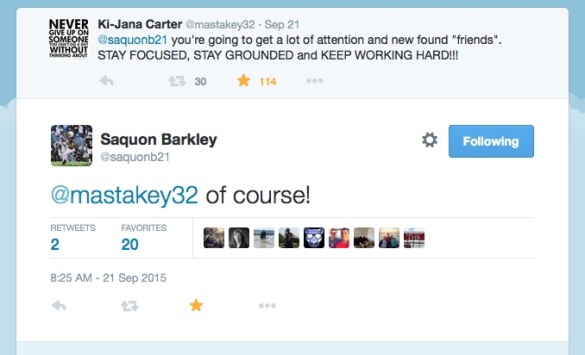 The first tweet came from Ki-Jana Carter ’95, a name that anyone reading this blog should be familiar with. The second came from Saquon Barkley, a young man Penn State fans—and a couple of unfortunate defenses—have learned all about the past two weeks. If one reminds you a bit of the other, you’re probably not alone. END_OF_DOCUMENT_TOKEN_TO_BE_REPLACED

By day, Jesse Brown is an IT consultant in Penn State’s Division of Development and Alumni Relations—one of the go-to guys on an incredibly helpful and friendly tech staff that we’re lucky to have. But by night (and on certain mornings and weekends), Brown is an amateur drone pilot who has compiled some very cool footage of Beaver Stadium, all controlled via an app on his iPad.

With the Nittany Lions’ home opener this Saturday, we recently caught up with Brown END_OF_DOCUMENT_TOKEN_TO_BE_REPLACED 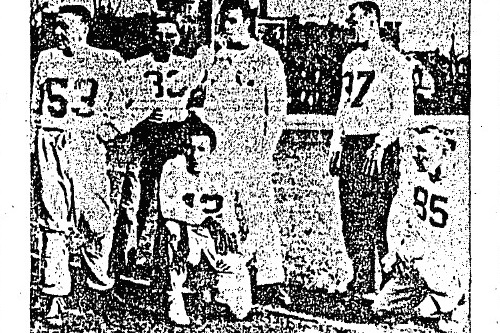 As he starts his 40th season in charge of The Football Letter, we look back at the time John Black starred on the field in Penn State’s biggest rivalry.

It was a legendary performance made all the more impressive given the injury that almost kept him out of action.

According to the pregame write-up in the Nov. 25, 1958 issue of The Daily Collegian, quarterback “Joltin’ Johnny” Black suffered—and we warn you, this is difficult reading—an “acute hangnail on the third finger of his throwing hand.” END_OF_DOCUMENT_TOKEN_TO_BE_REPLACED