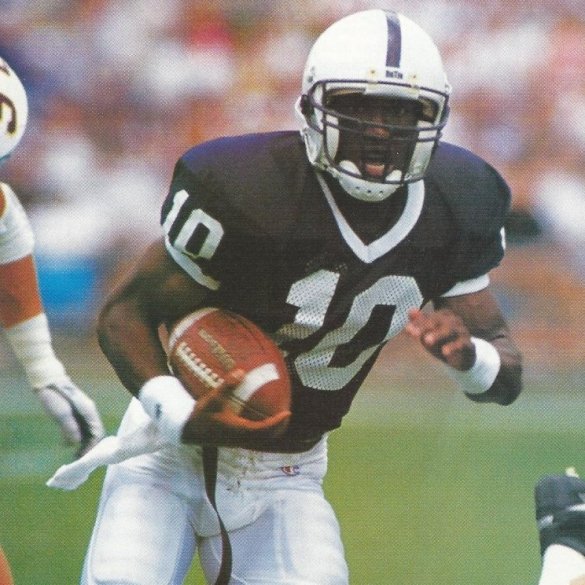 Allen Robinson’s stunning displays in recent weeks have Penn State fans wondering where he ranks among the best receivers in program history. A look back at the Nittany Lions’ first meeting with Minnesota—20 years ago this fall—reminds us that in any such conversation, Bobby Engram’s name must be prominently included.

There was already plenty of history in play when Penn State opened the 1993 season at home against the Golden Gophers: In addition to being the Lions’ first matchup with Minnesota, it was also their first game as a Big Ten member. And then there was the almost surreal passing display, as the teams combined for 100 pass attempts (66 by Minnesota) in a game that John Black ’62, writing in The Football Letter, described as “so wide open it must have curdled the ghosts of conference legends like Woody Hayes.”

Then Engram ’95 decided to make some history of his own, catching a school-record four touchdown passes—three of them in the first quarter—to lead Penn State to a 38-20 victory. It was a sign of things to come from the sophomore receiver, who went on to star on the unbeaten ’94 team, set multiple school records, and eventually spent 15 seasons in the NFL.

We don’t put much stock in such things, although the fact that Engram caught four TD passes on the same day Penn State defenders intercepted four Gopher passes back in ’93… well, no, we don’t put any stock in that, either. But it’s kind of a cool coincidence.